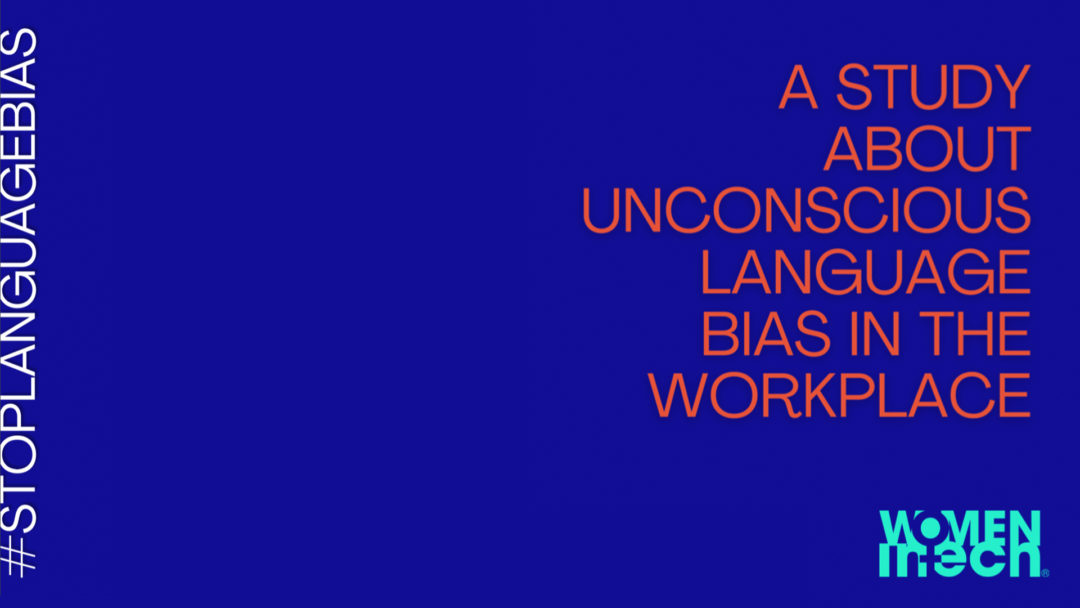 The use of gender-biased language seems to be quite common in the workplace but most people are not aware that the language which they are using is even biased. Unconscious gender bias impacts all of us.

Women can be called “pushy” while trying to be persuasive. They are named “emotional” simply because they’re passionate about something. Or labelled as “bossy” because they have a strong leadership agenda.

Women in Tech Israel wanted to further understand this phenomenon. So in 2021, we launched the #stoplanguagebias campaign – which aimed to explore unconscious gender bias in the workplace.

In a matter of hours, the campaign went viral and a wonderful 1526 women & men from 82 countries participated by answering the survey and sharing impactful testimonies.